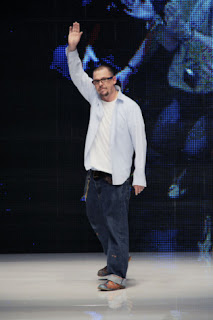 The year 2010 has been kind of a dark year in fashion.
The king of Avant-garde legendary Alexander McQueen passed away on the 11th of February 2010. And what a tragedy that was.

The 40 year old was found dead in his home and it was classified as a suicide.
It came as a huge surprise to the fashion world given that he was at the prime of his career, and no one saw it coming.
McQueen was very close to his mother and had taken her death last year very badly, it was reported he had suffered from depression.
But it makes you wonder what really drove him to his death, was it the pressure of the fashion industry? He was due to show in New York fashion week the next week, that show was cancelled.
He had previously won The British designer of the year four times, but I guess that wasn’t enough and so he cracked under pressure.
So it makes you think is this all worth it?
Nemours number of models die of anorexia every year and we had one of the world’s top male models who worked for the likes of Louis Vuitton,Burberry and Hugo Boss dies just hours before the prestigious Milan Men’s Fashion Week.
Catwalk favourite Tom Nikon died after falling four stories from his Milan apartment. Suicide?

The fashion industry is a bit superficial and pressures the people in to look a certain way or come up with a certain thing and can be pretty judgmental.
The trick is to survive in this business don’t let it all go in head, don’t get dizzy from all the glitz and glamour. Remember fashion is art and there is nothing deadly about art.
Posted by Seble at Monday, August 23, 2010